According to the provisions contained in the Cyprus-Greece Double Tax Treaty (DTT), dividends paid by a company that is a tax resident of Cyprus to a shareholder tax resident of Greece may be taxed in Greece.

However, the Cyprus-Greece DTT includes clauses permitting the tax credit of the corporate tax paid on profits in the country of the distributing entity against the income tax to be paid for dividends in the country of residence of the receiving person (individual or legal entity).

Also, the rule for the avoidance of double taxation introduced in Article 21 of the said DTT provides for, that income tax to be paid in Greece for the received dividends should be decreased by the total tax payable in Cyprus comprising both of any tax withheld on the dividend payment in Cyprus as well as the Cypriot corporate tax paid on the underlying profits of the Cypriot distributing entity.

Very recently, the Directorate of International Economic Affairs of the Ministry of Finance has circulated a document wherein it is stipulated that the tax-credit provisions of the Cyprus-Greece DTT applies to Greek tax residents (including individuals) receiving ordinary dividends from Cypriot legal entities. Therefore, corporate Cypriot tax paid from the distributing entity may be credited against the Greek income tax arising at the level of the Greek tax resident shareholder from the received dividends.

The Cyprus Tax Department also issued a Circular announcing the release of a confirmation which should be used whenever dividends are paid from a Cyprus company to Greek tax residents. The confirmation will be issued by the Cyprus Tax Department and is purported to be provided to the Greek Tax Authorities when requested. In summary, through the confirmation, it is declared that the dividend-paying company is a tax resident of Cyprus and that all of its profits are taxed in Cyprus and that it has settled any taxes due in relation to the year/s for which dividends are paid. The shareholders of the company are also stated, together with their holding percentage, as well as the profits of and dividends paid by the company over a series of years and details of the profit before tax, the taxable income and the tax paid for each of those years.

Since the Cypriot corporation tax is 12,5% and no taxes are withheld on dividend payments made to non-Cypriot tax residents shareholders, the estimated tax credit that could be claim by the Greek shareholder should amount to 12,5%.

Consequently this means that that the Greek shareholder should only pay a 2,5% tax on the gross dividend received represented by the difference of the Greek tax rate applicable to dividends of 15% less the Cypriot corporation tax rate of 12,5%

It should though be noted, that each distributing structure may still be tested under Greek General Anti-Tax Avoidance rules, according to which the Greek tax authorities may disregard any artificial arrangement and proceed to impose any tax that would have been due without it, resulting to the denial of said tax credit in case the distributing entity lacks business substance (e.g. premises, personnel, business activity etc). 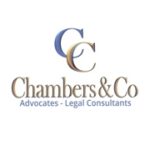 Register of Beneficial Owners Suspended For The General Public

Strike off of registered companies due to non-payment of the Annual Fee: Notice of the Registrar of Companies